Trauma is one of the leading causes of death worldwide and it is set to increase. What can we learn about change agency and leadership when we observe transformations through trauma and choice?

EdgeTalks are webinars that are currently supporting the School for Change Agents 2018 with an exciting programme of guest speaker sessions. They are encouraging learners to take their ideas further and make the change they have always thought possible. The sessions last for an hour and guest speakers and facilitators encourage learners to reflect on, and adopt new methods and approaches to change.

On the 27th February, we invited Dr Nigel Millar to share his unique insights in transformations through trauma and choice.  Nigel is chief medical officer at the Canterbury District Health Board (CDHB) in the South Island of New Zealand. He is a geriatrician and internist in addition to his organisational responsibilities. Dr. Millar is a Fellow of the Royal Australasian College of Physicians and the Royal Australasian College of Medical Administrators.

This subject might seem at odds with what we know about improvement and health and care yet it fits neatly with experience on the front line.

Change agents at the front line have normalised chaos and complexity as behaviours that require urgent and sometimes disorganised responses. How do you respond and successfully work through what can only be considered as traumatic everyday encounters with patients? 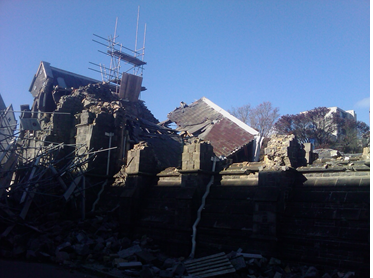 Following the massive earthquake in February 2010 in New Zealand, Nigel began to explore the taken for granted assumptions we all hold about leadership. He shared the interesting things he learned about himself as a clinician and a leader. Nigel helpfully described a number of ‘micro leadership moments’ that were as just as important to formal leadership and organisational responsibility.

What is effective leadership in a crisis situation where there is no clear division of role and authority, and the shift between formal and informal authority is not predicated on organisational structures or hierarchy?

‘Getting out of the way’ is part of being effective as a leader in a crisis scenario. The example of working in a hospital when there was a crisis and being asked what to do seemed to hold up the process of people who simply got on with what they knew needed to happen. He refers to an example of being outside a hospital and seeing a person running towards him with a child who was lifeless, and making a decision not to stop them as they were so close to the hospital where they would receive medical attention. He describes this as ‘one of the most difficult things for me to do’.

In the midst of hundreds of clinicians and other healthcare professionals mounting an emergency response to the massive earthquake that hit New Zealand, a colleague said to Nigel: “Where have these people come from?” Nigel replied: “We had them all along. We’ve just set them free from control.”

What would you do if you could not fail?

Being able and willing to accept failure is important to leadership and followship. What we need, Nigel argues, is a failure protocol system to capture the learning from failure. IBM’s Watson once said: “The fastest way to succeed is to double your failure rate.” Leaders are encouraged to share their stories of failure and use this to support cultural change. Nigel spoke about the redesign of a stroke pathway service in New Zealand that was going very well until the Stroke Foundation emerged and were very disgruntled as they had not been consulted or engaged. He shared several examples where he had to swallow his pride and this was one of them. The failure to involve the Stroke Foundation was more than an oversight. Once this was acknowledged they began to accelerate the progress that was already being made; a typical example of why most failures turn into major successes.

How do we take our brave decisions in a crisis situation? Command and control approaches are important, but not the central issue. Some things need a command and control approach, such as the communication and teleconferences services in the New Zealand earthquake example. Nigel explained the need to go further and change the way we behave and the need to generate trust. 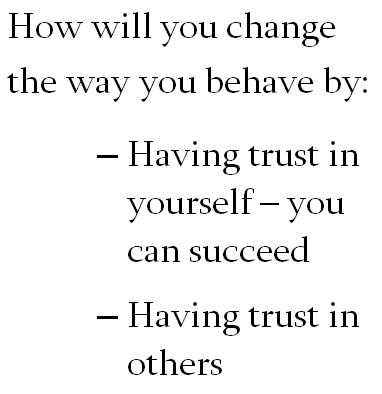 Teamwork relies on the ability to trust others and to trust yourself. Trust is not something you negotiate; it involves being let down and getting up again. This is not about getting personal; it’s about understanding and seeing the bigger picture.

The culture in an organisation has much to do with enabling people to lead and to follow. Culture is simply the sum of behaviours. Being able to get out of the way, and to understand a problem without being the one to solve it, are all important skills to adaptive leadership. 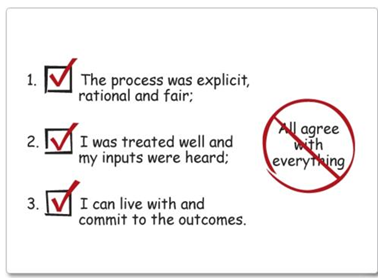 If we think about our behaviour as leaders then we should think carefully about why we need everyone to agree before taking action. Nigel argues that there are more important factors to take into account that are realistic to achieve. In fact, dissent can break the mould of groupthink and deliver far better solutions and options.

The Horizons team would like to thank Nigel for a thought provoking and highly engaging session as well as the wonderful way he reframed crisis and trauma to present a fresh approach to leading transformational change.

Join the Module 3 of The School for Change Agents on 1st March, where Kathryn Perera will be presenting Being Resilient and Dealing with Resistance to Change. 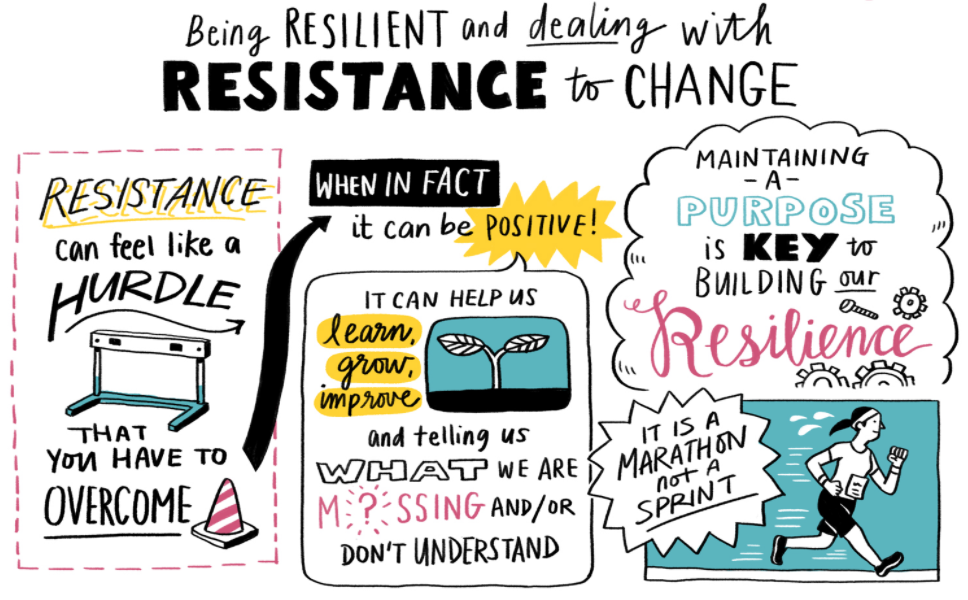 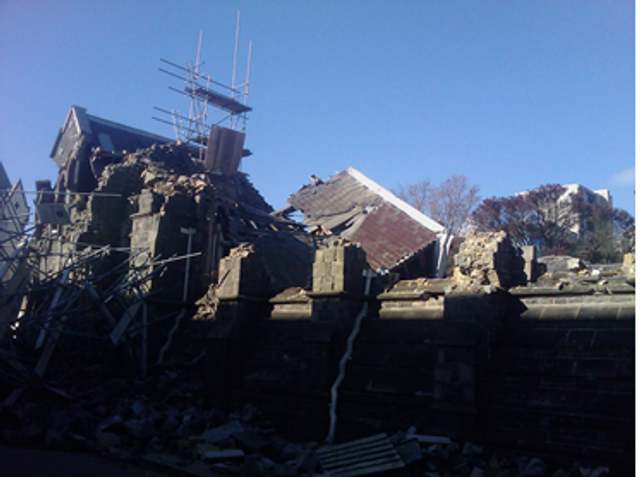 How a Cup of Coffee Can Lead to Positive Change
Anonymous

Edge Talk - Breaking the ice: how to take your first step as a change agent
Anonymous