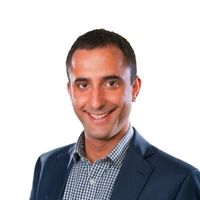 Whilst I'd seen inequality in previous visits, South Africa was particularly complex because of its history, race and the juxtaposition of extreme wealth and poverty. One minute I'd be sitting in an up-market cafe in a posh shopping mall in one of the suburbs, whilst 10 minutes' drive away were the 'hijacked' or empty shells of buildings of down-town Johannesburg where crime is rife. I visited in spring: many of the streets and their trees reminded me of England - with the only difference being high walls and razor wire around all the houses.

Whilst Johannesburg gets a bad write up in terms of crime, I actually felt very safe and welcome during my visit. One thing that really struck me was the warm South African welcome and hospitality. From the moment Stevan, one of our ED consultants at Yeovil, encouraged me to visit, to meeting Victoria and Solomon, who hosted me whilst out there and introduced me to the complexities of the health system, I was bowled over by how friendly and welcoming everyone was. 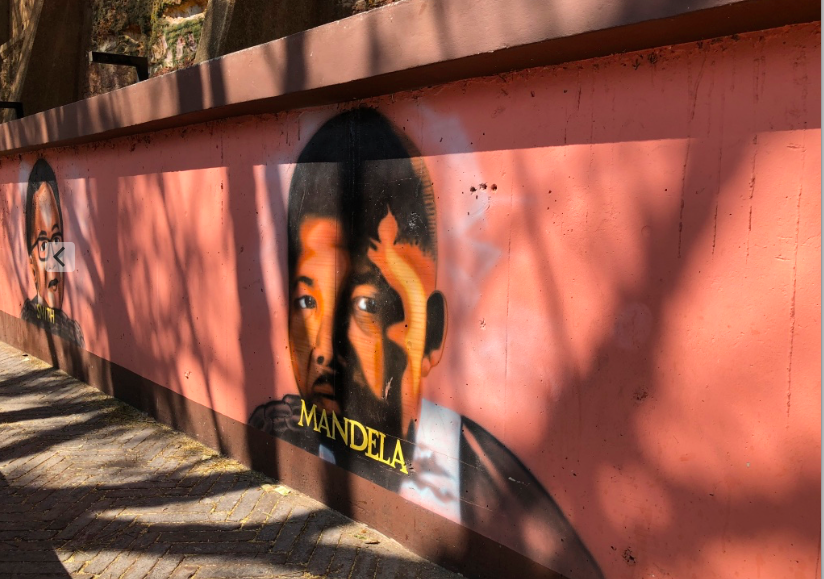 Mural of Mandela opposite the Constitutional Court of South Africa

Everyone will have heard of apartheid and it may seem unnecessary to explain any more but I didn't really appreciate how brutal and bizarre the system was before I spent time in Johannesburg and read up on it. I was 11 when apartheid ended in 1994 and apart from knowing the basics and of course hearing about Mandela, that was almost all I knew. But the ramifications of apartheid are clear from the moment you enter South Africa and strongly underlie its health inequality today.

Beyond segregating blacks and whites, apartheid did much more. During apartheid black people were forbidden to study subjects deemed unnecessary by the white government (such as mathematics!), couldn’t vote or form organisations, and those deemed ‘non-productive’ such as women with children or the unwell were deported to black areas. The men left without their families had to live in boarding houses and return to their families on a monthly basis. For a readable summary of the events from apartheid to today (alongside developments across post-colonial Africa) The State of Africa by Martin Meredith is well worth a look.

On driving through Pretoria's suburbs with Solomon, a charismatic academic with a PhD in Education (from Zimbabwe as he would not have been allowed a doctorate in apartheid South Africa), I was able to see the impact of these changes. As we drove out of the city, he showed me a nice looking suburb in the foothills "this is where my wife grew up". I asked if her family were still there. "No, she was relocated during apartheid as the whites wanted less black people so near the city". Solomon and his family still live near where they were relocated to all those years ago. The repercussions of apartheid in general and on healthcare can be seen everywhere today. 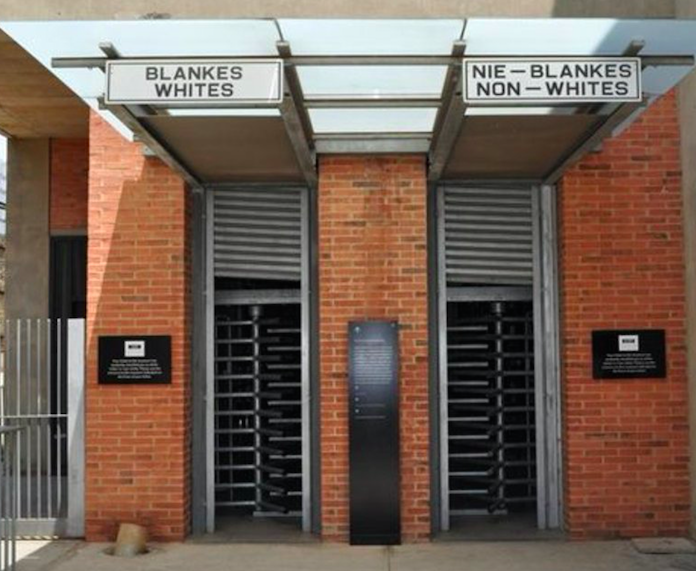 Entrance to Apartheid Museum, Johannesburg. Your ticket randomly marks you either white or non-white and you enter through separate entrances.

Despite this history of division, I was struck by meeting a number of white doctors working in disadvantaged areas in tough jobs out of a sense of public service to provide the best care for all. Despite private or international jobs offering more pay, there’s a strong feeling amongst many that it’s important to provide the best care for everyone regardless of ability to pay and to build trust across communities.

Before talking about the hospitals I visited, a bit of background on healthcare in South Africa…

South Africa spends 8.9% of GDP on healthcare which is high in global standards (and roughly the same as the UK) but this figure hides the inequality of provision. Half of this funding is towards private provision that can be afforded by only 16% of the population - the other half funds care for the remaining 84% that can't afford private provision (Britnell, 2015). Those with private care receive about $1500 worth of healthcare a year; those without receive $150 (Benatar, 2013). In my next blog I’ll cover visits to private and public hospitals and discuss the stark differences.

It's impossible to talk about healthcare in South Africa without talking about HIV. According to the WHO dataset for South Africa, in 2012, 33% of all deaths in the country were due to HIV/AIDS with 19% of the population infected. Reading the history of South Africa's management of HIV in the early years is shocking and saddening including leaders denying its existence and for a long time failing to introduce any comprehensive public health programme. Whilst the country now has the largest programme of Anti-Retroviral Therapy (ART) in the world, it's so sad that the epidemic reached this stage. To illustrate the scale of the problem, I've copied below the WHO 2012 figures for deaths per 100,000 due to HIV/AIDS for the countries I've visited so far. 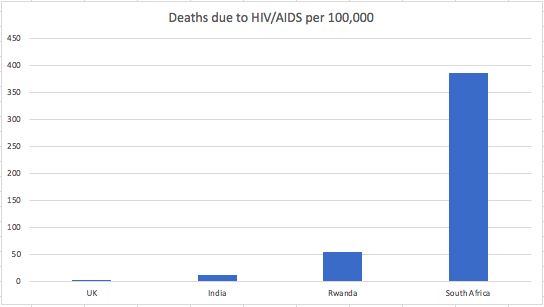 Interestingly, on discussing healthcare with a taxi driver in Johannesburg, he expressed a view which I've read about elsewhere:

"The problem of AIDS is over now, if you catch it they give you the medicines and you can live a long healthy life. AIDS isn't an issue anymore."

It’s an immense achievement to have deployed an ART programme of this scale that has managed to control the epidemic – albeit sadly delayed for political reasons. The only risk now ARTs are so widely available can be seen in the taxi driver’s comments - risky sexual behaviours may return as the perception grows that HIV is no longer an issue.

South Africa is an amazingly complex country but I think hugely important for us to understand. The role of apartheid in driving all inequalities including healthcare is clear and something we need to be mindful of in considering health inequalities across the world. But despite its many challenges, South Africa is also an immensely welcoming country rich with diverse cultures and amazing countryside.

In my next blog I'll outline visits to private and state hospitals including Chris Hani Baragwanath, the world's third largest with around 3,000 beds.

Meredith, M. (2006), The State of Africa: a history of fifty years of independence. 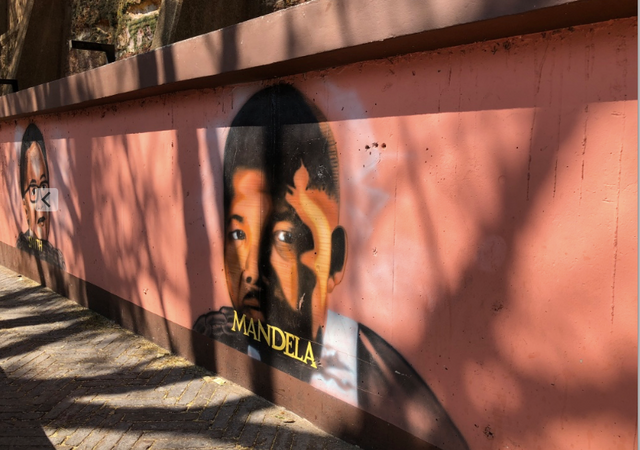