This browser is not actively supported anymore. For the best passle experience, we strongly recommend you upgrade your browser.
All Posts Subscribe
December 6, 2018 | 2 minutes read 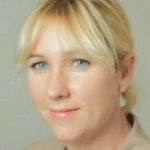 Helping leaders to become aware of their own and other’s energy for change is an important task that leadership coaches can facilitate. The Energy for Change Model can be used to support you at the beginning of a change project, or later down the line, if you are encountering resistance to change, change fatigue or apathy.

The 5-energy model was developed by the NHS Institute for Innovation and Improvement in collaboration with York Health Economics Consortium and Landmark Consulting in 2011 and can be operationalised with a team or a group using the SSPPI Energy Index – more information on this questionnaire can be found below.

The SSPPI Energy Model provides a framework for helping leaders to build energy for change. "SSPPI" refers to each of the five energies: Spiritual Social, Physical, Psychological and Intellectual.

To attend a webinar to learn how to access and use the model and the associated questionnaire, see examples of where the model has been used, and contribute to the discussion about how it can be deployed in leadership coaching, contact rosanna.hunt@nhs.net.

Teams and cross-sector groups in the NHS, and globally, have used the model to stimulate dialogue about what needs to happen to enable successful and sustainable change to occur. For example, it has been used by neonatal units struggling with the implementation of a new care pathway for premature babies at risk of bowel disease. It has also been used with executive teams and at international conferences, to evaluate the energy for new visions for health and care.

There is a psychometric questionnaire associated with the model – the SSPPI Energy Index, which allows data to be gathered on individual and group energy profiles. This diagnostic can then be used to facilitate team and organisational development.

So far, over 1500 people have answered the online SSPPI Energy Index. The 5-energy model can also be used to conduct discourse analyses of written documents or speeches that outline new visions for change. For example, a 2016 discourse analysis of a selection of Service Transformation Plans showed that statements focusing on physical and intellectual energy for change were more frequent than statements focusing on spiritual, social and psychological energy in these documents.

The Leadership Academy and others have recognised the pace setting style of NHS leadership: Building and aligning energy for change - a review of published and grey literature, initial concept testing and development.

Data gathered using the SSPPI Energy Index supports this trend: There is fantastic drive and sense of urgency to get things done in the NHS (physical energy) on the basis of logic and evidence (intellectual energy). So, we don’t need to coach NHS leaders to build physical and intellectual energy for change – there is great competence in our leaders across these domains. Many leaders do, however, require coaching to build social, spiritual and psychological energy for change:

Spiritual Energy is the energy of connecting with hearts and minds – empowering people to move towards a different future that is more compelling than the status quo by finding the meaning in what they do.

Social Energy is about creating a sense of “us” – drawing people into an improvement or change because they feel a responsibility to do so as part of the collective group.

Psychological Energy is the ability to create a safe environment where people are empowered to take their own action for change. See Amy Edmondson’s TED talk on building psychological energy for some great strategies for building this energy.

You can learn more about building energy for Change at the free 2019 online School for Change Agents.

“Your first and foremost job as a leader is to take charge of your own energy and then help to orchestrate the energy of those around you.” ― Peter F. Drucker 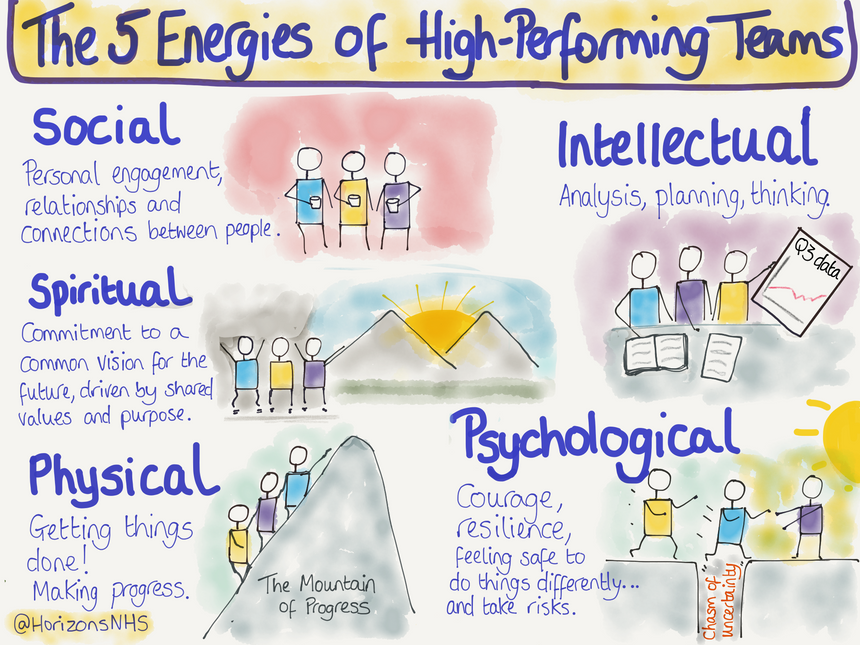 More on energy for change at #SCHRchat http://t.co/nXsDF2CNNU from Paul Woodley

A great response to the #EnergyForChange workshop, I think it’s the key to understanding many challenges across health & care. More information about the background here https://t.co/mz0UTnJq0o #PersonalisedCare #pcdemonstrator @horizonsnhs https://t.co/3iScUGJjkv

"I didn't feel that there was any approach that took account of all the dimensions of growth — physical, emotional, mental and spiritual." Read @CNN's interview with @tonyschwartz to learn what spurred him to start the #TheEnergyProject. https://t.co/B0Pl3nV5gJ #ReNewNormal pic.twitter.com/g48bjLwvk7