The Nursing Now England campaign was launched earlier this week. You can read my colleague Bev's post to find out more about what happened during the launch event.

Nursing Now England aims to raise the status and profile of nursing. The launch was surrounded by a buzz from nurses on social media: the pride in their profession, and excitement at the potential of the campaign was palpable.

The #NursingNowEngland hashtag achieved an incredible 10 million impressions in just 24 hours, which shows how much passion and enthusiasm there is for the campaign - it's brilliant.

While 10 million impressions in 24 hours is brilliant, it doesn't reflect the whole picture. Many nurses are actively tweeting about the campaign, but unfortunately don't always include the hashtag, which means they're not included in the figures.

The image below (from Symplur) shows the people who have been the most influential using #NursingNowEngland during this week. We know there are many more nurses tweeting about the campaign, and don't always remember to include the hashtag. 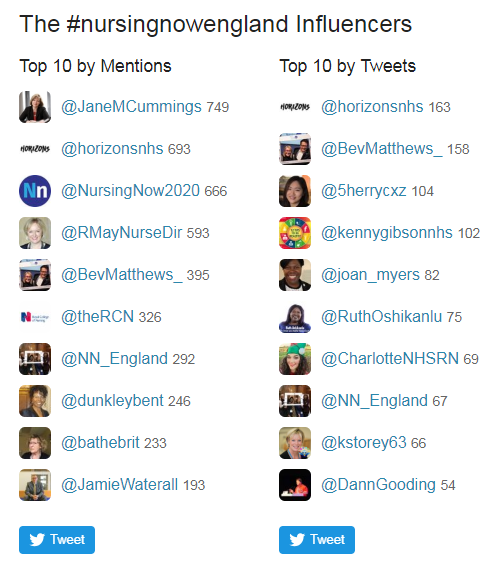 Why does this matter?

A range of people gave inspiring speeches during the launch. A common theme throughout many of the presentations was a call to action for nurses to work together and use their voices for positive change. By working together, transform the perceptions of the profession, and nurses can increase their influence with policymakers.

A quote that particularly stood out for me was the call to be a badass like Florence Nightingale. The Lady With the Lamp was of course the founder of modern nursing - she also understood the importance of data and evidence to back up her cases for change.

Social media is an incredibly useful tool for creating change. Used effectively, it has the potential to help people share ideas, and learn from one another. It can bridge networks, and communities.

It can help to shape a social movement that creates meaningful, sustainable change - in England, and that ripples out across the rest of the world.

Social media data helps to demonstrate the size of the community; measure the reach of the campaign; identify the key influencers.

In short, social media data is crucial evidence for showing your influence as a community. It is a way of demonstrating the success of your campaign, and of showing policy makers that you mean business.

Make sure you add the hashtag!

You can also make your voice heard by signing up as a Nursing Now England Ambassador. 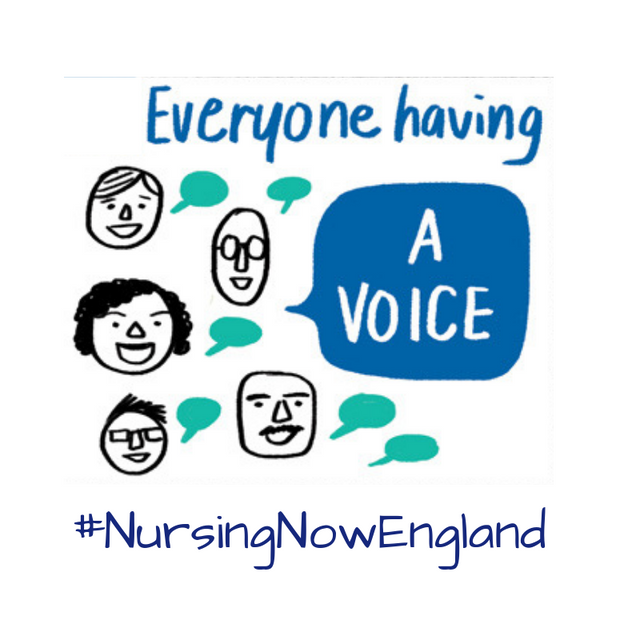 I urge all nurses and student nurses to sign up as Ambassadors for #NursingNowEngland not only do I get to tell the world how fabulous our profession is, I've met some amazing fellow nurses who have inspired me. Let's support each other to be the best we can be ❤️ https://t.co/QiZQKkpkON

Glad you were able to feel part of the launch Gerald - it’s definitely time to have our voice heard. #NursingNowEngland

Can’t wait to hear more @helenbevan what I’m sure of by connecting #nursing globally we can make a difference, nurses have the ability to change a nation, let’s work together to release this energy and make a difference #NursingNow #NursingNowEngland https://t.co/iWsv1pEqSS

This morning at #IHIForum we asked 200+ nurses to identify possible actions in support of Nursing Now in the form of "30 day challenges". Here's the summary of their ideas #NursingNow @NursingNow2020 #NursingNowEngland @maureenbis pic.twitter.com/JdKPNt9FO9

"Florence Nightingale was passionate about collecting evidence and data.  A great role model - nursing is about

Decision making." @bathebrit we hear you. Thanks #NursingNowEngland If not Us, then Who?👍 Time is Now

We are the only ones that can change those perceptions... no-one is going to do it for us !!!! That's why I have become an ambassador for transforming perceptions of nurses, that's why I am speaking out and this is why we all need to speak out together #NursingNowEngland

Why Twitter Threads Are Useful, and How To Use Them
Leigh Kendall