This browser is not actively supported anymore. For the best passle experience, we strongly recommend you upgrade your browser.
All Posts
November 6, 2019 | 6 minutes read 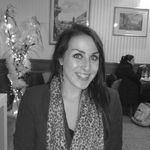 We are delighted and proud that Darren Earley and Gill Drummond are finalists in the 2019 Sir Peter Carr Partnership Award for their Mental Health BASIC STEP tool.

In NHS Horizons we often talk about the power of connections: people who use their connections can be a real force for good in making change happen. The power of connection has most certainly come to fruition with the BASIC STEP tool, an innovation by North West Ambulance Service (NWAS) Senior Paramedic Team Leader Darren, and Mental Health and Dementia Lead (NWAS) Gill.

The Mental Health BASIC STEP tool allows all ambulance staff to have a good conversation/assessment with a person experiencing mental ill health, based on several risk factors aligned around the acronym BASIC STEP (Behaviour, Appearance, Speech, Insight, Capacity, Safeguarding, Thought, Emotional State, Plan). The model provides better recording in the paramedic's notes. It also promotes better assessment, and facilitates rational decision making as well as providing a thorough means of explaining the risk factors noted when a paramedic is 'handing over' someone experiencing mental ill health to another health professional.

Using connections not only helps bring change to the fore and in many instances facilitates it, but also it can provide a spark and a bridge to other things. The first connection for Darren and Gill was made back in February of this year at the #ProjectA Mental Health collaborative to discuss the ambulance service's response to people with mental ill health.

On the spur of the moment Darren asked if he could present the BASIC STEP tool he was developing to the collaborative audience. The ethos of #ProjectA is all about co-creating, learning, sharing and going where the energy is. We were delighted when Darren took to the stage to present the BASIC STEP tool; coincidentally the tool had many of the component parts the room had previously been expressing an interest in developing.

It was clear from the response that the audience were interested - Darren had ignited a spark, especially within Gill who after the event went on to support and work with Darren on implementing the BASIC STEP tool in Darren's locality of NWAS. Darren's passion and commitment for his model inspired the room. You can read more about the event here.

Pictured is Darren with Helen Bevan, Chief Transformation Officer at NHS Horizons, with the prototype of the BASIC STEP tool at the #ProjectA mental health collaborative, February 2019.

Darren and Gill - A partnership for improvement

Darren and Gill have a significant amount of mental health experience between them. Darren joined NWAS in 1996, after six years in the Royal Air Force Regiment as a gunner and combat medic. Darren’s interest in ambulance mental health response started around the time of his appointment to team leader at NWAS; as he started to work more and more with auditing self-harm Patient Report Forms (PRF) and safeguarding vulnerable patients.

Through auditing, it became apparent there was a lack of understanding of mental health care, particularly the self-harm care bundle and what constituted good pre-hospital care. Darren believed this was due in part to there being no suitable training for ambulance staff in clinical performance indicators (CPI) and appropriate feedback to staff from their line managers on this. A care bundle is a list of best practice (metrics) that a person must receive for a condition or process to be classed as good care.

In addition Darren also began to sense that not only were front line clinicians not appropriately trained in assessing mental health presentations, they were also anxious and frustrated about this.  Darren enrolled onto a Master’s degree, the first module of which was research. Through this, he started to develop the BASIC STEP tool for ambulance staff to comply with the CPI for self-harm (care bundle) and how to conduct a mental status examination and risk assessment.

Gill is a passionate mental health professional with over 34 years experience and is a qualified mental health nurse. Over the course of her career Gill has undertaken most roles within the traditional mental health service setting – both ward based and community care as well as supporting organisational change and practice development. In late 2018 Gill started to think about how she could broaden her interest and passion for mental health. A secondment to North West Ambulance Service as Mental Health Lead offered a completely a new challenge.

Gill’s role has been about bringing her mental health training and experience to bear in support of Darren and supporting him in the development and refinement of the BASIC STEP Tool. Gill also ensured that together they negotiated the appropriate governance structures within NWAS to test the tool safely and seek approval where needed for its introduction. The roll out of the BASIC STEPS tool is now a fundamental underpinning of NWAS mental health strategy.

By May the initial pilot in Darren's own Cheshire locality had shown good results - increased self confidence amongst paramedics in dealing with responses that involved mental ill health, as well as vastly improved recording of risk factors and condition.

After the initial #ProjectA Mental Health Collaborative event NHS Horizons stayed close to Darren and Gill, checking in on the progress of development of the BASIC STEP tool. In July Ian visited NWAS to discuss the tool in depth and see if others could take learning into their own environment. Colleagues from North West, Yorkshire, East Midlands, West Midlands and North East Ambulance services gathered at NWAS headquarters in Bolton for a morning of discussion and debate. To read more about the visit please see Ian’s blog.

Darren said about Gill: “I have thoroughly enjoyed working with Gill on the promotion of better mental health response and the BASIC STEP tool. There was an instant connection when we met and I value her experience and support enormously. Gill helps keep me on track, provides mental health expertise and helps me negotiate the Trust structures and processes. It is more than this though as Gill provides me with emotional support and the resilience and drive to bring the BASIC STEP tool to fruition.”

Gill said about Darren: “I really enjoy working with Darren – his clear passion, desire and focus to want to make a difference to mental health are compelling. We share similar values and working together has been a pleasure, mixing Darren’s passion and paramedic experience with my own mental health background.”

On the award: “Being nominated for this award enables us to continue to develop our leadership skills and facilitate our journey by helping to help us bring our vision to life and provide a consistency of support that we would all want for our patients experiencing mental ill health.”

NWAS has agreed to roll the tool out across all localities including Lancashire, Manchester and Cumbria as well as Cheshire and Merseyside.

Darren has also recently trained some of the North East Ambulance (NEAS) Staff on the use of the tool and as such NEAS are undertaking their own pilot. After a recent visit to the Association of Ambulance of Ambulance Chief Executives to explain the BASIC STEP tool interest has also been expressed in piloting and adoption in two further ambulance services. It will certainly be interesting to see how the tool is developed and spread.

The BASIC Step tool will continue to be supported by #ProjectA, we are so proud that Darren and Gill’s hard work has come to fruition. We wish them all the best with their Sir Peter Carr award nomination. The winning partnership will be selected and announced live at a ceremony in Leeds on Monday 11 November 2019. We will keep you updated on the results of the award.

About the Sir Peter Carr Award

The Sir Peter Carr Partnership Award is designed to help and inspire NHS leaders who have an improvement initiative under way that contributes to the delivery of the NHS Long Term Plan - including:

I want to take the tool to its next step as part of our quality improvement journey in line with the aspirations of the NHS Long Term Plan (2019) for mental health. Darren Earley 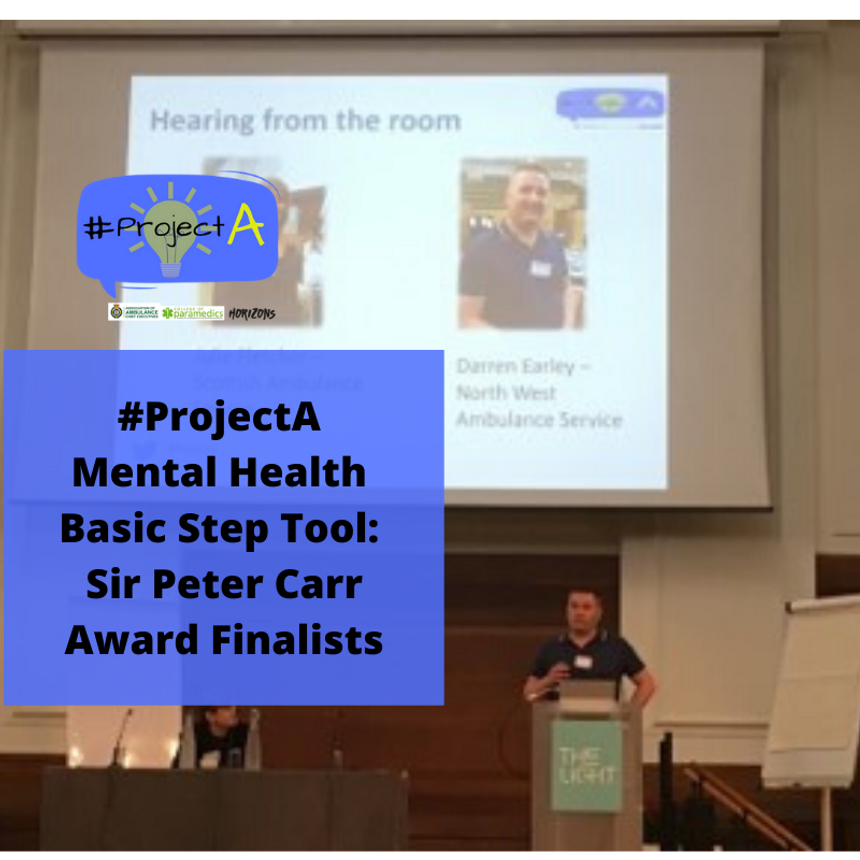 With @DarrenearleyS for our interview for the Sir Peter Carr Award BASIC STEP is a finalist in the prestigious award. Great to see this recognised.@NWAmbulance
@NWAmb_CP_Nick @AngieMckeanehttps://t.co/i5gxfm2WNc

‘Yes it needs developing and measuring but I’m fully supportive, as a leap forward for the service it is absolutely ‘bob on’’
Just one of the comments from this mornings #ProjectA mental health meeting on @NWAmbulance basic steps tool @horizonsnhs @AACE_org pic.twitter.com/OkBwY7gLxy

@DarrenearleyS and @gilliandrummon2 thankyou for your hospitality and in supporting #ProjectA - making connections, share and learn.#AmbulanceQ