This browser is not actively supported anymore. For the best passle experience, we strongly recommend you upgrade your browser.
All Posts
March 4, 2020 | 6 minutes read

Running an Away Day, Virtually 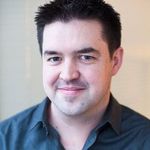 Every so often the BBC Parliament channel re-runs Election Night broadcasts, and if you catch it, the 2010 one features a short clip of one of the studio team eating a banana directly behind Robert Peston.  I know this, because that person is me.

I worked in the main studio for both the 2005 and 2010 elections, as well as in New York for the 2008 US Presidential elections.  I also worked on countless radio outside broadcasts when I worked in local radio, and on the pilot of The One Show in the summer of 2006, when the studio was a Perspex box in  the middle of the Mailbox in Birmingham, and the gallery (where the programme is controlled from) was in a truck parked a couple of hundred yards away.

When I applied for my job in the NHS, I didn’t expect the skills I gained working on these big broadcast events would be quite so applicable; but I’ve found I use them regularly, none more so than organising the virtual away day we held for the Improvement Directorate last week.

Why a virtual away day?

Horizons pitched the idea for a virtual away day at the end of last year for a number of reasons.  It was clear there was value in getting the Improvement Directorate together. The directorate was newly formed last April, and there had been many personnel and team changes in the meantime.  But getting several hundred staff together in one place, when they are usually based across the country, is both a logistical challenge and a significant financial undertaking.

From an individual perspective, days like this can be disruptive: often requiring long train journeys that start early and end late, or an overnight stay. For some staff this is a regular requirement of their role, but for others, who are usually office-based, this can either mean significant disruption to their personal life or not being able to attend.

Virtual offered a different approach.  We didn’t see it as a replacement, but we wanted to see if we could offer a positive experience for participants where they got the benefits of a networking and group learning experience, without having to all gather in a single location.

The programme we eventually arrived at was:

We had originally intended to have more plenary sessions in between the breakouts, but we decided it was getting overly complicated and not giving participants sufficient time away from their screen.

We used the Webex platform to run the sessions; one for the plenary session and six simultaneous Webex sessions for the breakouts. Each session had one or more presenters, a tech host and a facilitator assigned to them:

We set up a webpage that listed all the sessions with the relevant Webex links to them.  The page updated throughout the day so only the next session links were live. Each session opened 20 minutes before so that people could join and know they were connected to video and audio so they could participate fully once the session started.

We ran some test sessions so that people could check that they could connect to Webex.

We had 280 people join the opening plenary session. This number dropped slightly to 220 by the closing plenary.  That’s roughly 50% of the Directorate, when you exclude people who were absent or had other commitments.

In feedback in the closing session, there was a lot of positive reaction to the day, with many comments saying “it was better than they had expected it to be”, which was a good sign.

Here is the main learning from the event:

What we would do differently next time:

Since Helen tweeted about running the event, we’ve had lots of enquiries from within the NHS and outside about this work.  Worries about the Coronavirus and the desire to reduce large gatherings of people have played their part in piquing peoples’ interest in the concept.

We’re looking at running a similar event for another part of NHS England and Improvement, and supporting an external organisation we’ve worked with previously to help develop their own event.  We’d be interested to find out what other people are doing.

For me, other than it all working relatively successfully, the best thing about it was finishing at 4pm and not having to make the mad dash to get a train, hoping that it wouldn’t be delayed, so that I would be back to pick my daughter up from nursery (or at least she wouldn’t be last again). 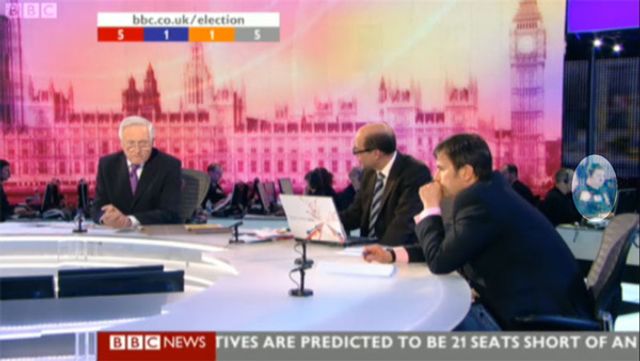 What a great turnout and buzz for our first virtual away day. A selfie taken during the Q+A session with Dawn Chamberlain and @KathrynPerera #Improve4Patients pic.twitter.com/75WXwBRcgK

Ready for my turn at #Improve4patients virtual away day live from my dining room in Huddersfield @nhsrightcare pic.twitter.com/iv6xF4GJip

We are looking forward to being part of a first of a kind ‘Virtual Away Day’ tomorrow for the Improvement Directorate! @nhs_rob and @BrynShorney will be introducing RightCare to Improvement colleagues from 13:30. Please tune in #improve4patients pic.twitter.com/cUe4umglLw

Many thanks indeed to the wonderful @KathrynPerera @horizonsnhs for doing such a brilliant job facilitating the first fully-virtual Away Day for the NHS’ national Improvement Directorate today. Over 300 people & 12 virtual sessions. #Amazing pic.twitter.com/R1MolL5xW5