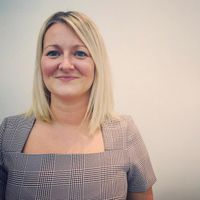 The School for Change Agents is starting on 19th April - it got me thinking about Dawn Downes, who I worked with before I joined the Horizons team.

Long before I was introduced to the theoretical ideas of "new power" (which you will find out more about in The School for Change Agents), Dawn taught me all I ever needed to know about using new power principles in an old power structure. She was the first real change agent I met in healthcare.

My first NHS role was at George Eliot Hospital, Nuneaton, where Dawn was an Operating Theatre Practitioner (ODP), Union Convenor and Staff Side Chair of the Joint Negotiating Committee. She was also one of the most warm, welcoming people I came across in my first week; I remember wondering why such an influential leader took such an interest in little old me but on reflection that was just Dawn. She cared so deeply about the hospital, the patients and the staff, hardly a surprise when you consider she is a local girl who had seen the Trust go through special measures and come out the other side. Dawn dedicated her life's work to the service of others with a level of grit and resolve that only grew stronger in the face of adversity.

Dawn was a super-connector

Everyone knew Dawn; theatre staff, union members, the Board of Directors, the independent contractor with us for a month to deliver an IT project - she took the time to get to know everyone. It often appeared that she made things happen by magic but actually what she did was mobilise the right people who could effect the changes that needed to be made. Dawn could build energy for change with a few simple conversations with the right people; sometimes this was by design if the union wanted to generate support for a new staff policy but mostly the conversations happened naturally because Dawn was so well connected to the whole organisation that we had no need to call a meeting.

Dawn's network extended beyond our little local hospital because realised the power of social media long before the majority of us. She would routinely fact check politicians, engage in debate with leaders on staff pay and conditions and heap praise on to her beloved #teamGEH. What Dawn had recognised was her ability to influence perspectives in just 280 characters, connect with a diverse set of views to challenge her own thinking and value the wisdom of the crowd.

Dawn was a radical optimist

She firmly believed our hospital had the ability to deliver the absolute best patient care with the people and resources we had. I remember Dawn strongly challenging our Board when external consultants were brought in to make cost savings. She valued finding solutions collectively as a team, not outsourcing them to strangers. Dawn also had an inner strength and believed in her own ability to make change happen through connections. If the first attempt didn't work she would think of another way, mobilise a new set of people and find allies that would make sure the next attempt would go better; always positive and never losing her belief that we were going to achieve the changes we needed to see.

That's not to say Dawn wasn't realistic, she knew all too well the constraints and challenges of navigating a complex system of health and social care. What Dawn had learned to do was work with this predictable adversity and seize opportunities believing that all would be well in the end.

As a change agent it was Dawn's ability to operate in both old and new power ways that set her apart. As Chair of the Staff Side Joint Negotiating Committee Dawn had the traditional kind power that Change Agents need to work with, rather than push against, to effect change. She recognised that as Chair she had decision making ability and a platform to give a voice to the staff. Dawn knew that regardless of how much energy she generated around an idea, if the Committee did not sign it off then it wouldn't happen so she largely played by the rules but in her position was able to negotiate new rules, find new ways of working and agree suitable compromises.

Respect for policies regarding staff conditions and patient safety were of paramount importance to Dawn; she didn't see the rules as a barrier to overcome but instead a lever for her to influence and make change happen.

If you're interested in learning more about how you can use new power; be a superconnector; and build your resourcefulness to influence positive change in your role just like Dawn did please sign up here.

The 2021 School for Change Agents starts on 19 April; it's free to join and to take part in, you can take part in your own way and you'll be part of an energised enthusiastic global community.

I recently learned that Dawn passed away due to Covid-19 in February 2021 and my sympathies go to her close family and also her George Eliot family whom I've no doubt will miss her dearly but whom also continue to benefit from her work to improve staff experience for many years to come. 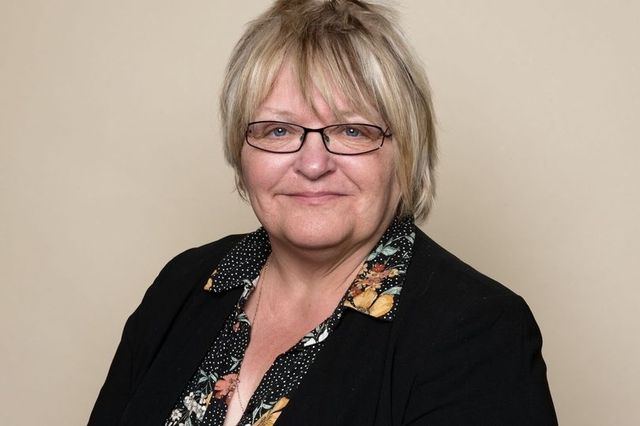 Watch: Hundreds of hospital staff applauded much-loved colleague and UNISON @GehUnison rep Dawn Downes as she made her final journey past the place she dedicated her life to https://t.co/KUvJx4p8Sm

Personas as a tool to understand #OurNHSPeople
Claire Shields

“Can Everyone Take Themselves Off Mute?”
Claire Shields
Recent posts from NHS Horizons Insights