Several years ago, I worked in a hospital as a health care assistant.  I had a new patient admitted into my ward waiting to undergo an operation. In the interest of confidentiality I will name the patient Mrs Jones. Mrs Jones had reduced mobility and had to be cared for in bed. She had become very apprehensive about the operation, so much so that she became fearful of not making it through the operation.

Whilst in the ward she would often press a buzzer for assistance a few times in short spaces of time, sometimes for very trivial questions or minor requests. I was one of the few carers who never let her consistent calls phase me. I would always treat it as though it was the first time she called and supported her with a smile, just as I would want my loved ones to be cared for if they were in a similar situation.

During one of my shifts, Mrs Jones asked if her family who were visiting her from America could visit for longer than the normal visiting time, so I promptly checked with the ward sister who gave her approval. Later, Mrs Smith told me there would be 12 to 15 family members coming to visit her, in her words, “in case I did not make it”. This would be a very big ask for the hospital to accommodate a large number of people. However, I understood Mrs Jones and saw this situation from her perspective and aimed to find a way to make this possible for her.

Without making her any promises, I spoke to the ward sister who suggested family could all be in the hospital but two to come into the ward at time. This was not the situation that Mrs Jones was looking for, though.

I went on to make a few suggestions to the Ward Sister including taking Mrs Jones on her bed to one of the visitor rooms, since we had two on the ward. I explained to my ward sister that Mrs Jones was extremely scared about the operation and therefore this gesture would mean a lot to her, and might even give her a positive mindset about the operation giving her the fighting motivation to come back. After a lot of persuasion my ward manager bought into the suggestion and using one of the visiting rooms.

Mrs Jones received the news that all family could visit with such joy!

Mrs Jones wanted me on shift on the day her family visited because she was confident that I would be able to support her needs.

The day finally came for Mrs Jones' family reunion, it was a Saturday. I remember it clearly because it was a staple moment for me as a carer, as well as for her as a patient.

I made sure Mrs Jones was all ready before visiting time. Her daughter and grandchildren were the first to come in so I explained the plans of the day to her daughter. I got a colleague to help me move Mrs Jones’ bed to the visitors’ room that was already prepped for her large family visit.

On this day, 15 members of Mrs Jones’ family visited her, most coming all the way from America and she had a great time. Both Mrs Jones and her family were incredibly grateful that they had the opportunity of spending this time together.

Mrs Jones went in for the planned operation on the Monday but was not due to return to the ward where I was working, so I did not know whether her operation went well or how she was doing but I hoped and prayed that it went well for her.

Two years after this situation, I was working in a care home as a team leader. We had a new person joining so my manager and I were preparing for her arrival. The new patient was going to move in on my days off so I would not meet the lady until later in the week.

The lady had settled in well and observed her care plan along with her daughter, they both saw the name Camilla on the care plan and began to question the staff members, describing me and asking whether it was the same Camilla that they knew. She said “If she is the same girl who cared for me whilst I was in hospital before then this home must be the best place to come” and was full of praise for the Camilla she knew.

Once I returned to work, during the briefing I heard how much the new resident had been complimenting the Camilla who had looked after, so I was extremely intrigued to know who the new lady was!

After the briefing, I went to see the new resident and lo and behold! It was Mrs Jones! I was overjoyed when I saw her and grateful to God that her operation was successful.

As a carer, healthcare assistant or whatever the job title may be, I would always care for people as I would want myself or my loved ones to be treated. I did not think I would see Mrs Jones again, so meeting her and having the privilege of caring and supporting her in a different care sector really placed the fear of God into me. It emphasised the importance of always making sure the patient you are looking after is left with a positive view of you. What if I had left a bitter, nasty impression and Mrs Jones did not like me? How would she have reacted to knowing that someone she had experience being with was a team leader of her new residence?

The world indeed is a small place. Treat everyone you meet with respect, empathise with them, show them love and let them feel valued by you as you don’t know how your paths might cross on mother-earth! 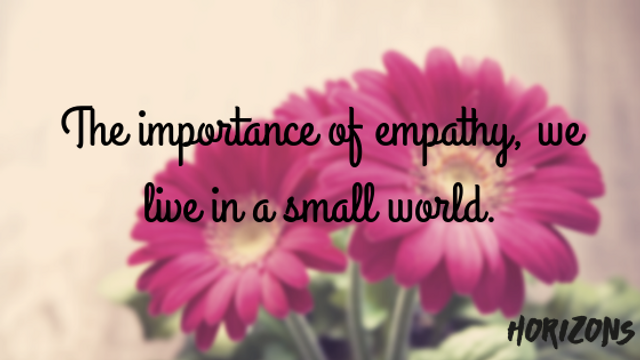