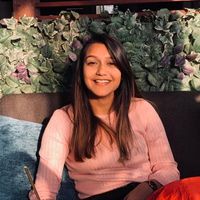 As most of us know, the history of Black and Minority Ethnic (BME) staff members working for the NHS dates back to the birth of the NHS in 1948. For many BME staff members, oral history about our NHS would have been part of their everyday life. That speaks very true to myself; since a very young age, I’ve heard stories from my dad about the journeys and struggles of becoming and being a young BME nurse in the ‘60s and ‘70s. As 2020 is the Year of the Nurse and Midwife I wanted to share some of my dad’s story of becoming a nurse in the UK in order to voice my appreciation, as an adult, of his sacrifices.

Over the course of four decades, my dad impacted countless patients’ lives: his varied nursing career took him from a student to a senior staff nurse in geriatrics and orthopaedics; a mental health nurse; and his final role before retiring as a clinical registered nurse tutor.

During the 1960s, my father was ambitious, resilient, and young at just 20 years old. He was applying for jobs in Mauritius, which was then a British colony. My dad has often explained the queues and rigorous interview processes to me. I remember first hearing the stories when I was little, then appreciating them with deeper understanding when I was older, graduated and similarly struggling to find a job.

At the time, the British embassy in Mauritius was advertising that the UK Ministry of Health was seeking individuals to migrate to the UK to join the NHS for a career in nursing – a narrative that echoes the stories of many people I’ve met and spoken to about the NHS.

In order to come to the UK, you’d first need to get an application form from Port Louis, the capital city of Mauritius. This was a significant distance for my dad, who was born and raised in the rural areas in the south of the island, meaning he needed to wake up at 4am to head down to the city and so was often unable to reach the glass office to pick up the application form, let alone progress his application due to the long queues.

He eventually succeeded in this first hurdle, then passed his written and oral tests meaning it was time to write letters to hospitals that were recruiting nurses, so that he had somewhere he could train once he reached England. After several months of persevering, he finally caught his break with a job in Bolton, Lancashire.

As parents to nine children, my grandparents were not wealthy enough to pay for a plane ticket for my father, one of the youngest of his siblings, to move to England. They sold a cow in order to buy him a ticket on a cargo ship that would leave him in Marseilles, France - quite a distance from Bolton! He often speaks of his stretch on this ship voyage, over a long month during which he had time to process the fear, excitement and many differences experienced when moving completely alone to the other side of the world. He spent his 21st birthday in the middle of the ocean, on a boat away from home, away from comfort, and far away from his loved ones.

He recalls first landing in England and travelling to Bolton, dressed in a tropical shirt, unaware that January in England often means snow. He now laughs telling this story, 50 years on from the start of his career. As someone who has grown up in England and only moved a couple of hours away for university, the thought of travelling halfway across the world, alone, for the prospect of a better life and to support your family, seems like an incredible weight to have on your shoulders at just 20 years old.

My dad has a beautiful, flowing Mauritian accent from his mother tongue Creole, which would be the same accent that colleagues and patients would tease him about – yet I can’t imagine going to a foreign country at twenty and mastering a language completely different to my own.

I’ve had this blog post in my head for a long time, and I was initially unsure about why it matters, or whether it will in fact matter to anyone. After putting these thoughts to paper, I now realise that it really does matter, now more than ever. So many BME staff members like my dad left their home countries to work for the NHS and sacrificed a lot of their life to do so. They dealt with racism, mistreatment, and a huge culture shock to help build the NHS we have today. They left their families, missed important celebrations, missed funerals, and missed seeing their siblings grow up and parents grow old. I am overwhelmed with appreciation for all they have given to our NHS.

My dad loved his job and always has lovely stories to share about his journey within the NHS. Fast forward many years: I hope my dad is proud of me being part of the NHS. I hope that he sees positive changes when I share my experiences with him. Most importantly, I hope he knows his value, how proud I am of him, and how much the system owes to staff like him.

People like my dad built the NHS from the beginning, and for that we are truly grateful. 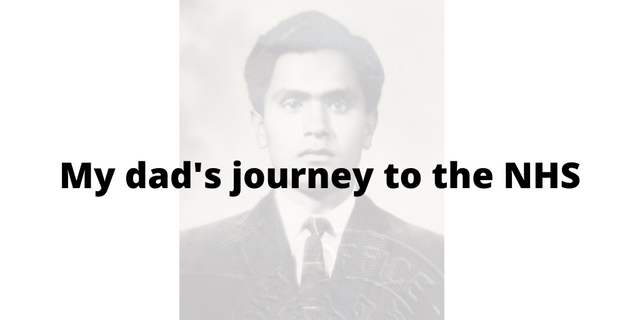