This browser is not actively supported anymore. For the best passle experience, we strongly recommend you upgrade your browser.
All Posts Subscribe
December 9, 2020 | 7 minutes read

Be Kind, Take The Time To Celebrate Excellence with a GREATix

Here are two examples to inspire you. The first is from Dr Nicky Calthorpe, consultant anaesthetist and patient safety lead describing the approach we use at my clinical home The Dudley Group of Hospitals NHS Foundation Trust and the second from my #ProjectA colleague Dan Ralevic, Leading Operations Manager, East of England Ambulance Service

"Our positive learning system is the GREATix system which has been established in the Trust since the beginning of August 2019. Its inception was inspired by the Learning From Excellence (LFE) work of Dr Adrian Plunkett.

"The aim of GREATix is to identify, appreciate, study and learn from episodes of excellence. This has the dual benefit of improving patient care and boosting staff morale by recognising when people have given that bit extra to ensure our patients are receiving the best care we can provide. In the twelve months since its inception we have received 500 reports from a whole range of work areas within the hospital and across a wide variety of staff groups. We are averaging around 10 forms per week with an increase in submissions as staff show appreciation for each other during the challenging COVID times. 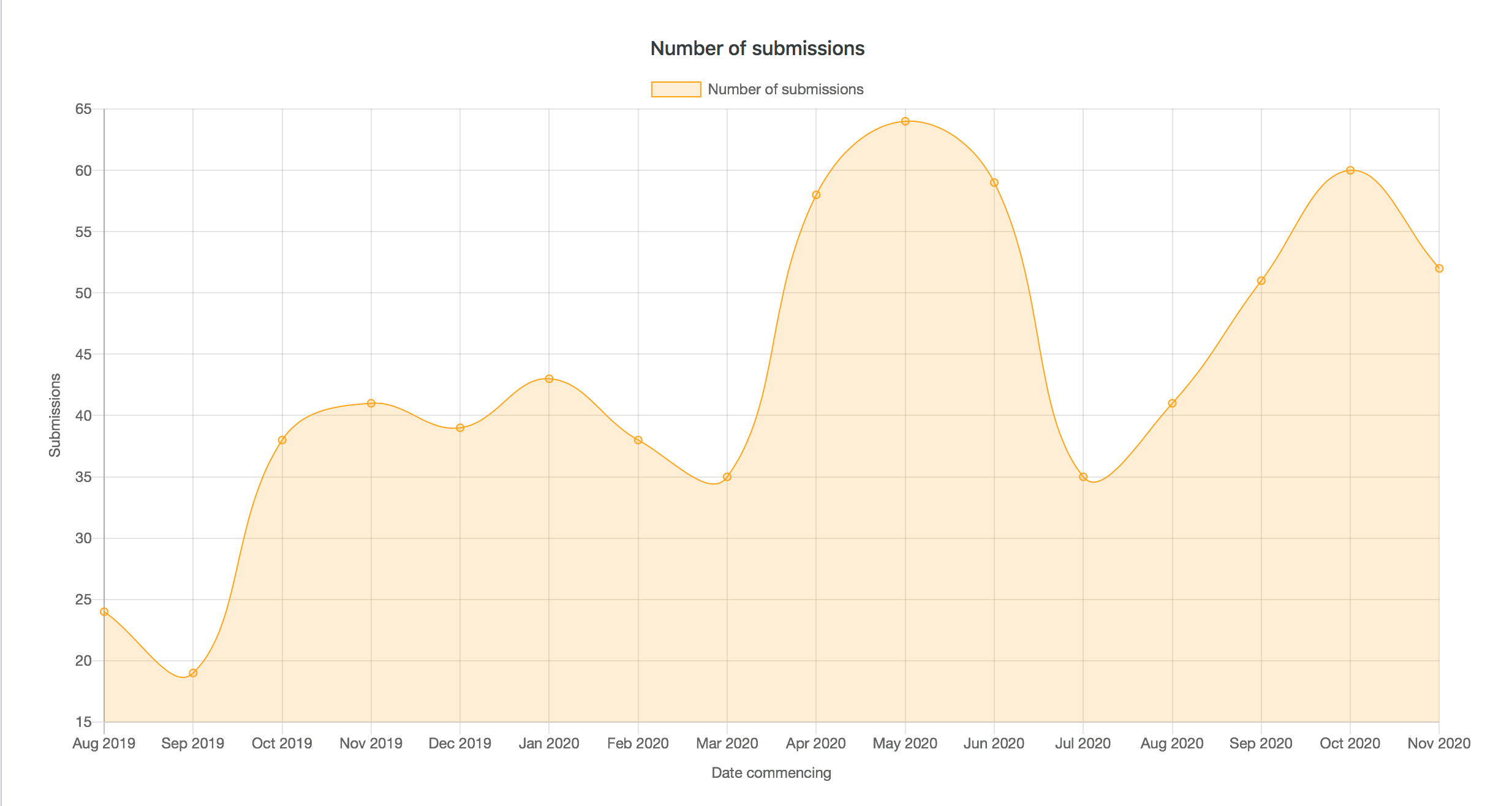 "There are numerous episodes of excellence seen every day. The actions which are valued most by staff, and are the top themes for the GREATix forms, are based around communication, supporting each other and professionalism, as shown by the top ranked themes:

What happens if I see excellence?

"Any member of the Dudley Group Hospitals who sees excellence which they feel should be recognised from either an individual or team, or even a pathway, can fill in a GREATix form:

"Where a form has been submitted that has learning to be shared, the patient safety lead and the patient safety champions may ask to undertake an Appreciative Inquiry conversation. This is a structured approach to enable us to share the learning from the day-to-day excellence which is happening across the Trust. Some of these conversations may show excellent practice that can be focused on and developed further as quality improvement projects. 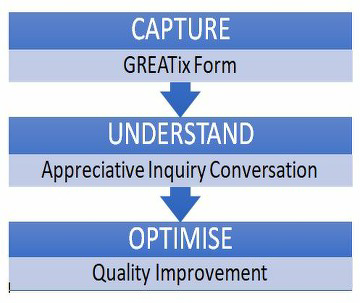 "Imagine where we would be if we spent as much time saying “Yes” as we do saying “No” were the words of a friend and senior leader over a coffee in a garden centre one winter Sunday with reindeer grazing outside. This was an example of her pragmatism and view on so many things and an inspiration that would see me on a journey with ups and downs but guided by what was ‘right’.

"As my career developed I have taken an interest in how we work and how things are done, why they are done and why they are not done. I would question norms and why they were norms. I would seek out new concepts and look at how I could embed them into what I was doing, my friends words and ethos resonating throughout, as she was never one to give up or shy away from something she believed in. I became curious.

"Early on I stumbled across a concept of sharing learning from good work that was championed by Dr Adrian Plunkett and his now famous Learning From Excellence (LFE) movement, and this had been on the back burner and niggling away at me for some time. I realised that there was little praise offered to staff and the main indicator to the fact that you were doing a good job was that you heard nothing! No news is good news! Realising that there is a big gap, and with it an opportunity, I made several ‘Run-ups’ at trying to implement some of this work, but as is the case with so many projects, it was overwhelmed by competing pressures and demand and although there was an appetite for it, this was inevitably satisfied with other more pressing fare.

"Some time later I find myself holding responsibility for locally managing the incident reporting system Datix. Reports would come in for a range of incidents and near misses and would require investigation or would be filed for recording purposes. This world of incident reporting offers the user a warped view on how we operate. It is an echo-chamber of incidents and near misses and at worst a platform that has become a substitute for peer to peer discussion and healthy challenge. In a coincidental turn of events, there was also a request from staff that more emphasis is placed on feedback and praise for a job well done.

"At a similar time I discovered the concept of Safety-II and the shifted view that when understanding safety and incidents we traditionally only look at things that go wrong, and ignore the instances of things going well and the fact that the thing that has gone wrong has almost always gone right numerous times before. This concept at its fundamentals relies on the acknowledgement that things do go right and recognising them when they do …

"There was a plan in my head of how this would happen and what would be required, I would need artwork to present it properly and an IT platform for it to operate on, and then there would be the awareness and publicity for it to take off. The process of submitting GREATix would see a report get submitted by staff scanning a QR code on their phone which was very quick and easy with just a couple of quick steps.  I would receive the notifications via email from Microsoft Forms, inform the recipient using the reporters verbatim text, and send them a letter which would also be kept as a record on their file for future performance reviews etc.

"Discussions were had locally and the competing pressures of running a 24/7 service would naturally provide obstacles and barriers to getting anything done in a timeframe that would complement the idea that was in my head about how this should work. But there was only me doing this and there was no real capacity for anyone else to help out, and to add to this the wheels of change can sometimes turn very slowly.

"Having an insight into the world of QI and the cry of “PDSA” [plan-do-study-act] from my good friend Dave Morgan resonating in my mind, I thought back to the coffee shop and used the spirit of those words, decided to throw caution to the wind, made a decision to ask for forgiveness if it all went horribly wrong and J*DI ! 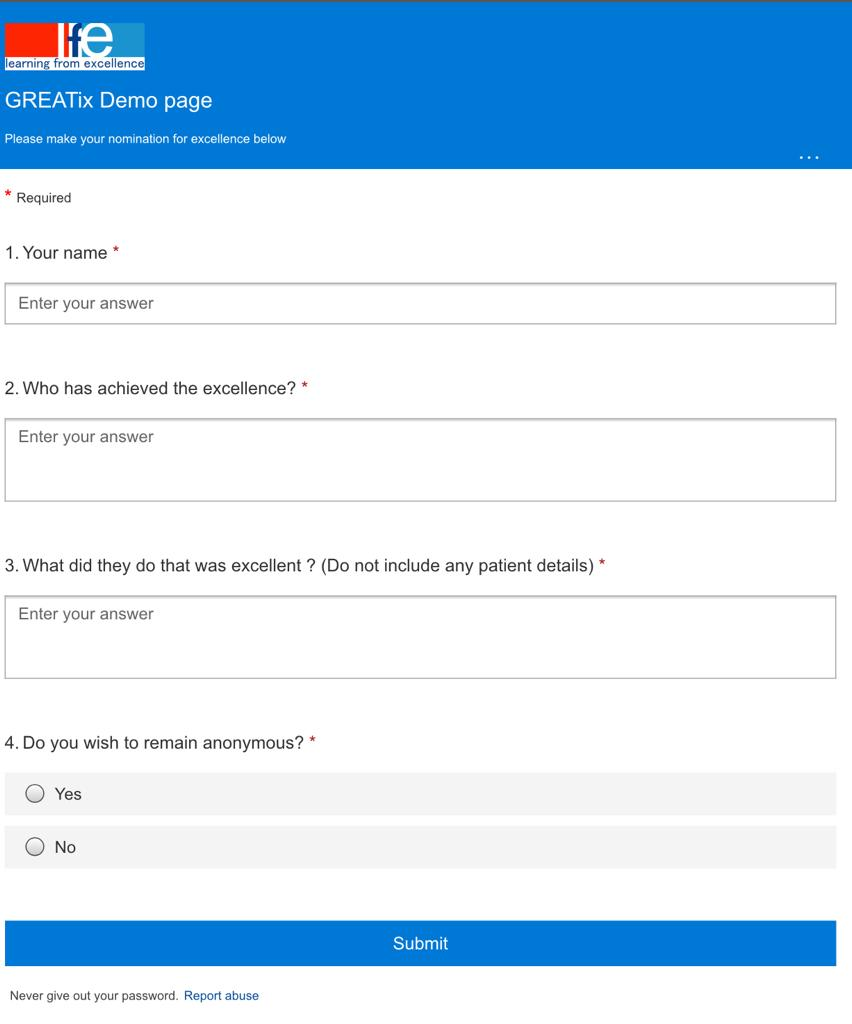 "Build it and they will come… and come they did. With a little kick start from trusted allies, we started to recognise others work and soon the concept took off. Staff were opening up to the idea of saying “Well done” and the reports started to trickle in. There were reports praising clinical practice, compassion, care, going above and beyond, for support and even for us the management team! This was in March 2020.

"Enter COVID19 and an unprecedented period in healthcare that would see pressures placed on staff that were unimaginable before. At this time more than ever it was essential to have some positivity running through the every day difficulties we all faced, and the reports kept coming. Staff were looking at their peers and were celebrating good work and taking ownership of the ability to spread positivity in times that desperately needed it.

"On secondment to another area I used the same simple steps and introduced the concept of GREATix to a colleague who embedded it locally, the exec team were presented with the concept during accountability meetings and so the spread begins …..

Let someone know about something they did that you appreciated, when a team worked particularly well, or when a pathway worked well by submitting a GREATix – and if your Trust doesn’t have a positive learning system then start one.

FAB Academy: Submit a GREATix (not just a DATIX)

When there’s so much going on, I know I need to become more intentional in my cheering on of others as it pays so many dividends Kath Evans Director of Childrens Nursing Barts Health NHS Trust 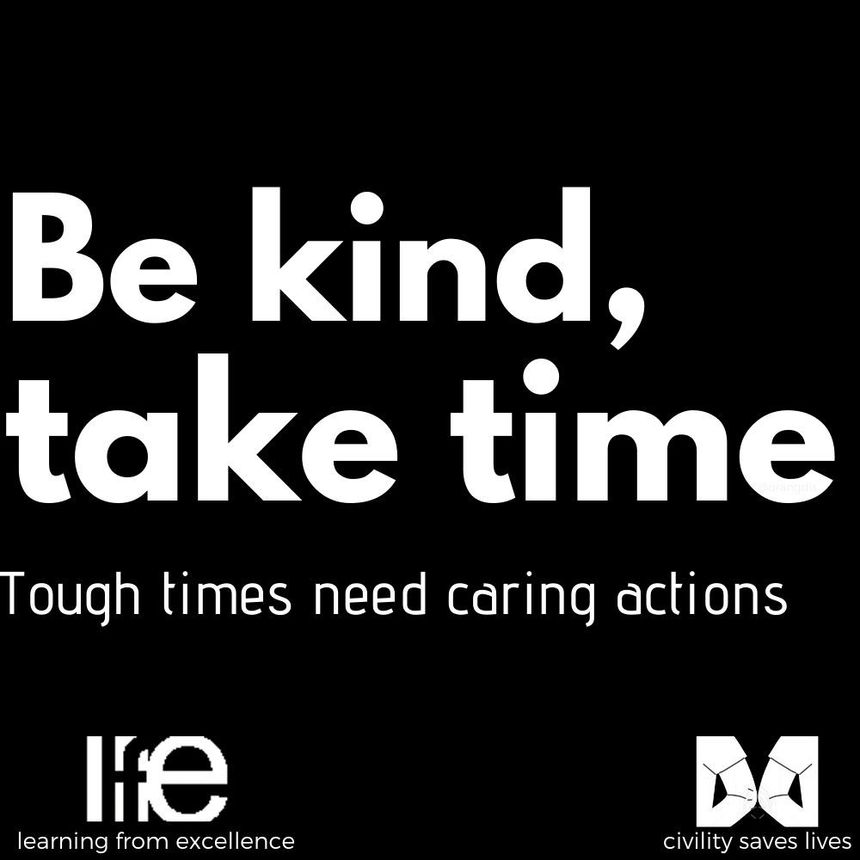 Thanks to our RGUC media team for making a great video for my Human factors and patient safety teaching. Its about to become part of our mandatory training to help with our understanding of how to provide safer care to patients https://t.co/8dVPtUF67B

Our first GREATix- hopefully more to come. Receiving some great feedback from staff and patients since taking on our secondment https://t.co/vBRDEmgRvk’s amazing what more manpower and a commitment to patient safety can achieve in a short time! Long may it continue 💙 pic.twitter.com/IzQ1QxN8pp

I submitted an IR2 report but couldn’t find the persons name so I put it under their team. I later asked for their email so I could fwd it - this was their reply. It made me sad. We MUST recognise the vital work our domestics & housekeeping colleagues do! #Hospitals #BeKind #NHS pic.twitter.com/KQlSUHKMvs

Pleased to announce the launch of @Scotambservice GREATix. GREATix is a method of providing positive feedback about your colleagues for the things that mean something to you. Posters will appearing across the service in the next week or two. More info available on @ sas pic.twitter.com/aMc74uZFw9