This browser is not actively supported anymore. For the best passle experience, we strongly recommend you upgrade your browser.
All Posts
December 2, 2021 | 5 minutes read

The School for Change Agents and Fab Change Day 2021 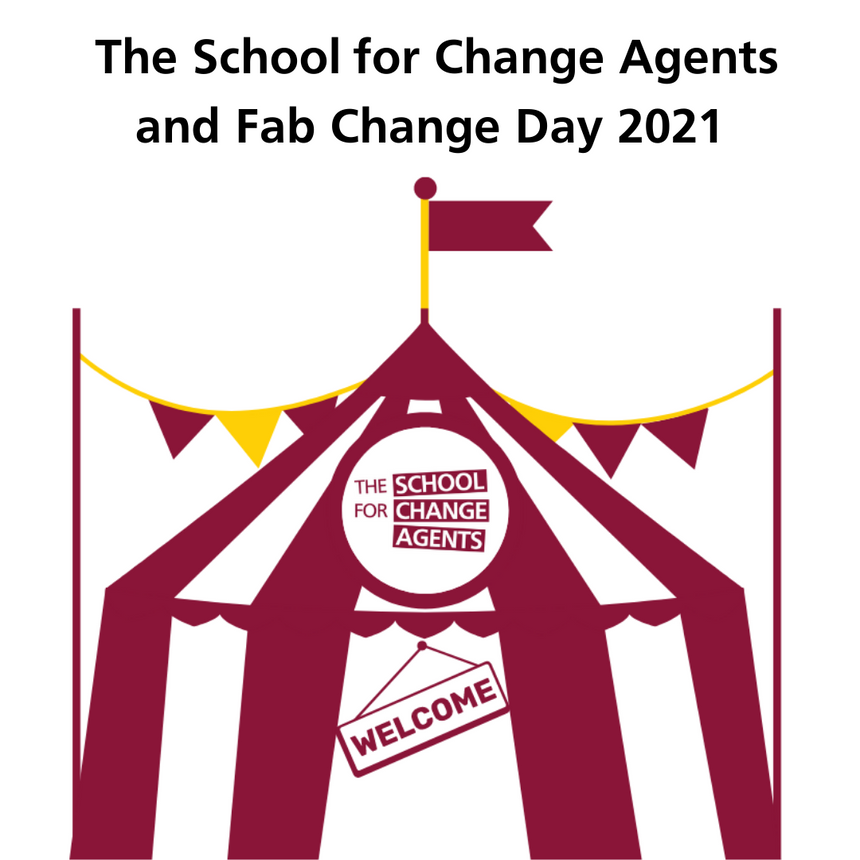 On the 24th November I was part of a team that hosted Tent 7 at this year’s #FabChange21 Festival. The focus of this year’s Fab Change Day was the wellbeing of staff which coincides with week two of the School for Change Agents which is about resourcefulness .

During the session Helen Bevan, Horizons’ Chief Transformation Officer, took the audience through the history of where the School for Change Agents started its journey nearly 20 years ago.

Paul Bate, Helen Bevan and Glenn Robert wrote the paper ‘Towards a Million Change Agents’ A Review of the Social Movements Literature: Implications for Large Scale Change in the NHS’ which then grew and developed and in 2005 Helen and Paul began the  ‘One Day School for Organisational Radicals’. 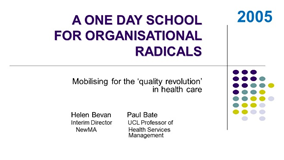 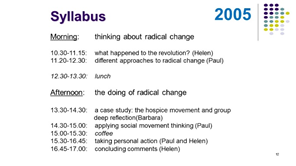 The first NHS Change Day in 2013 was instrumental to the creation of the School for Change Agents as we know it today. It really highlighted how many people had ideas on how to improve their services but with sense of uncertainty around whether they had permission and the power to make a difference. 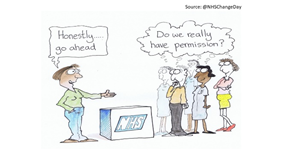 Following the 2013 NHS Change Day came The School for Health and Care Radicals which began in January 2014. Helen explained how for the very first run of School in 2014 the first page of the first module had 10,348 views which showed that there had been a massive demand and pull for the ideas and principles to support people to build their own power for change.

In 2017  the School for Health and Care Radicals became the School for Change Agents; it exists to ensure that everybody working within the health and care system had the opportunity to build their agency and power for change.

A participant asked Helen as someone who has been a change agent for over 30 years, how important is it to focus on your wellbeing when you are trying to be a change agent and make change happen?

Helen advised the audience that being a change agent is all about learning to work with your own power as well as working within the formal system. It is also important to work with the informal system such as the heretics, rebels, radicals, and change agents. Finally, Helen highlighted the importance of building relationships and a community as you can’t be a change agent on your own.

Following Helen’s response Lou Waters wrote “For me, having a community of allies and a great mentor really helps surround yourself with other people who inspire you and fill you with energy rather than draining your energy. You can't be a change agent on your own”.

After hearing from the amazing Helen, the audience were introduced to Dr Esther Murray, Health Psychologist at Barts and the London School of Medicine and Dentistry. Esther is one of the contributors to the School Resourcefulness module (week 2).

Esther described Moral Injury which is module 2.8 in the School for Change Agents as the psychological harm that comes to people when things happen that violate their moral code. This is often when people have made a mistake or have witnessed a mistake that has been made within a high stakes situation. When things go wrong there is often a lot of guilt and shame attached to it. The feeling of shame can be really isolating.

Some tips that Esther shared with the group on how to ensure you look after your wellbeing while experiencing Moral Injury:

Esther described how useful she would have found the School for Change Agents when she was working with in improvement as it can sometimes be lonely; School provides a global community of like-minded people sharing a common purpose to make positive change happen.

Esther also had some great tips about how to deal with worry:

As well as some podcast recommendations:

To finish the session Helen and Esther shared their one outlet to decompress after a long day at work which included things such as sewing, textile art, gardening, reading and many more. Some of our audience members also shared how they like to decompress:

“I love to offload through talking - I just feel bad for whoever I am living with!” - Tom Underwood

“Even more love and more gardening - I can do that. Love my garden. Thankyou.” - Ian Baines

On a personal note I found the session incredibly interesting and helpful and have started to use some of the tools that both Helen and Esther suggested. I have begun writing down my thoughts and worries as a way to help me deal with my problems. Don’t just take my word for it, here are some of the comments from the audience!

“Thank you for a great session. Glad I joined in.” - Carol Munt

“Really glad to have had the opportunity to join this - thanks all. kerry mcginty you are an awesome host!” - Kathryn Perera

If reading about Helen and Esther has inspired you to start your change agent journey, sign up for The School for Change Agents now!

For more updates on the School check out our social media -

This is really interesting. Gutted I missed the beginning but delighted it's being recorded.

Do come and join and hear how @Sch4Change started and how @HelenBevanTweet worked with researchers and how her thinking changed about creating successful change #S4CA #FabChange21 https://t.co/7JvwGStEB9

Such an AMAZING session! Thank you so much! Excited to get started :)

So glad I could join this today wanted to take part. So interesting finding out how #S4CA started and how it’s going now. #FabChange21